All Day Breakfast was conceptualized in April 2016, when guitarist Stefan Jurewicz crashed on a pile of dirty laundry at the foot of drummer Alan Tweedley’s bed in Toronto, Canada. With Stefan living in Ottawa, the duo spent the majority of the following year taking the train back and forth between the two cities to write and record what became their debut EP, All The Rage, released in March 2017. Alan and Stefan then toured that EP much of the following year, road testing new material that eventually became their followup EP, Good Luck, released in June 2018. They most recently released Piglet, the leading single from their upcoming third EP, in July 2019 in conjunction with a release tour to Canada’s beautiful east coast. Described as “dynamic fuzz garage rock,” All Day Breakfast combines the lyrical writing styles of Alan and Stefan, who share vocal responsibilities, with hairpin turn musical arrangements that can go from quiet and beautiful to loud and aggressive and back again in the span of a few bars. 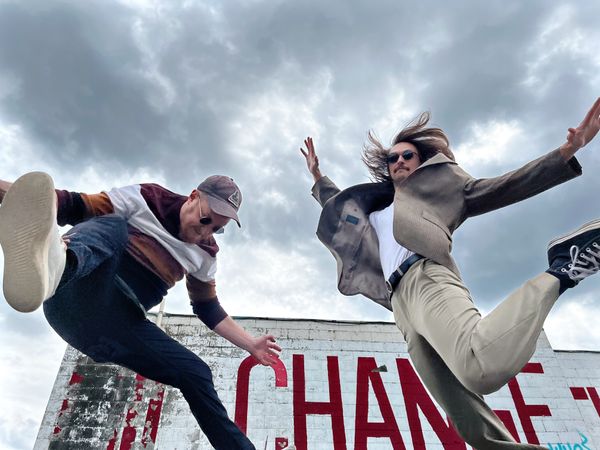