Emma Oh is a “Hullywood” based one woman show, begun in her tinsel covered, disco ball lit basement. She intentionally crafts songs with melodies that sound like lipstick, and lyrics that are almost off-putting with their candour. Using her love of Old Hollywood iconography and 90s confessional lyricism, Emma began working with Kick Me Records after starring in The Desert Island Big Band’s 2022 music video for “Six-Shooter." Since then, they have embarked on bringing to life Emma’s songs that are witty, vulnerable, and often swing from the emotional pendulum of tongue in cheek to despair. Intent on confessing her sins lyrically, Emma Oh intends to bare all the good, bad, and embarrassing as a vehicle for radical acceptance of self and strength in refusing to allow anyone to write her story for her. Emma’s first single ‘Sunscreen,’ is to be released in 2023. 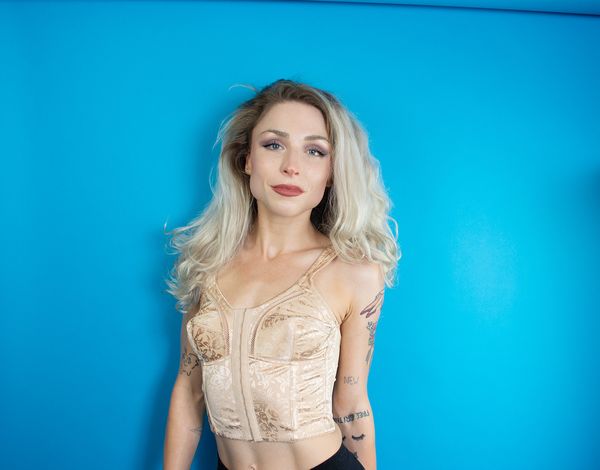